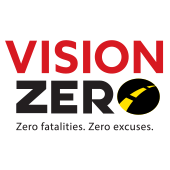 “To lose one life is one too many, but we are encouraged to see fatality numbers trending down from last year,” says Tom Sorel, NDDOT Director. “While the NDDOT is continually making highway improvements, there is still work to be done. We must continue to make progress towards our goal of Vision Zero - zero fatalities and zero serious injuries on North Dakota roadways. This can be achieved through establishing a culture of personal responsibility where motor vehicle fatalities and serious injuries are recognized as preventable and not tolerated.”

Preventable behavior-related factors such as not wearing a seat belt, alcohol, and speed contribute significantly to motor vehicle fatalities in North Dakota. Of the 104 fatalities in 2018, approximately 50 percent were not wearing their seat belt (seat belt use was not applicable in 27 percent of these fatalities), 32 percent were alcohol-related (this percent may increase pending final toxicology results), and 35 percent (37 fatalities) were speed-related. Victims ranged in age from 1 year old to 97 years old and 81 percent were North Dakota residents.

Colonel Brandon Solberg adds, “The goal is zero fatalities and zero serious injuries. Think about your family and your loved ones. What number for them is acceptable other than zero? Buckle up, drive sober and distraction free and obey all traffic safety laws, not just for you, but for the people you love.”

Of the motor vehicle fatalities in 2018, 76 were in a passenger vehicle, 16 were motorcyclists, six were pedestrians, two were on all-terrain vehicles (ATVs), two were train-related and two were bicyclists.

Although motor vehicle fatalities were down, motorcycle fatalities increased by 23 percent in 2018 compared to 2017. Of the 16 fatalities, 11 (69 percent) were not wearing helmets. Motorcyclists should wear DOT compliant helmets, full protective gear as well as take a training course. The North Dakota Motorcycle Safety Program offers basic and experienced rider courses. More information can be found at www.ndmsp.com

Preliminary crash data from 2018 also shows that 17 (16 percent) of the motor vehicle fatalities were the result of single vehicle rollovers (this excludes motorcycles, snowmobiles, ATVs, and bicyclist and pedestrian crashes) with 13 of those fatalities being unbelted (76 percent) and 8 fatalities (47 percent) were totally or partially ejected from the vehicle.

Learn more about the Vision Zero strategy and its traffic safety campaigns at VisionZeroND.gov.

[1] 2018 preliminary crash data and is subject to change as additional information is received.